- April 2017 - Using mobile radios provided by the City of Newport News, contracted with Gately Communications for programming and installations of radios on Northampton County ambulances to allow ambulance to hospital communications to hospitals in the cities across the bay (when units are transporting to a city hospital)

- June 2018 - Conversion of the VHF antenna at the Townsend site to a VHF/UHF antenna system, with the addition of a UHF receiver to support NCSO radio communications (talk-back).

- October 2018 - Implementation of a fifth transmitter for the EMS Operations Channel (part of simulcast channel) at the Chincoteague communications tower; designed to improve talk-out coverage in northern Accomack County (funding primarily with state RSAF grant funds and some local funding).

The Eastern Shore of Virginia 9-1-1 Commission contracted with Motorola Solutions to install a reliable and system-stable solution to facilitate the handling and processing of emergency calls to its regional 9-1-1 public safety answering point (PSAP) designated as the Eastern Shore of Virginia 9-1-1 Communications Center.  Motorola installed its Emergency CallWorks solution in September 2016.  The system provides telephony and other call handling solutions including integrated mapping.

The Eastern Shore of Virginia 9-1-1 Commission placed a simulcast radio system for F1 (Rescue Dispatch) in operation during June 2015.  The system allows transmitters at multiple sites to be keyed simultaneously to deliver dispatch traffic shore-wide.  Previously, three separate transmitters were used based on the geographic location of the call.  When simulcasted, dispatches and radio messages cover all areas; incidents in multiple geographic areas do not have to be replicated.  Additionally, the Commission deployed a simulcast EMS operations channel that moveS EMS radio transmissions from the dispatch channel during July 2015.  The EMS Operations channel utilizes multiple repeaters to broadcast 9-1-1 radio traffic and rebroadcast field communications shore-wide.  As the EMS Operations channel was readied for operations, field radios were reprogrammed.

·         An additional call taking position with full 9-1-1 capabilities was added in the supervisor’s office to permit expanded telephone processing operations when warranted.  9-1-1 telephone system software was upgraded for all positions.  NOW ACTIVE.

·         A third MCC5500 communications console was added to expand operational capabilities for radio dispatch in the communications center.  MCC5500 software was upgraded in conjunction with the installation.  NOW ACTIVE.

PROJECT 1:  This project provided for reception of talk-around traffic in the northern and southern Accomack tactical zones.

PROJECT 3:  This project expanded the mobile and portable talkback range for the subject repeaters and enhanced reception through voting of multiple receive sites.

·      INSTALLED REMOTE VOTING RECEIVERS FOR F3 AND F7:   Installed voting receivers at the VSP STARS tower site in Accomac.  Connected to provided antenna ports and to telephone circuits for routing to repeaters at Belle Haven and Mappsville.  NOW ACTIVE.

PROJECT 4:  This project expanded the mobile and portable talkback range for F1 and F11 (dispatch reception only) and F3 (repeater input), and enhance reception through voting of multiple receive sites.

PROJECT 7:  A paging transmitter was installed at Mappsville in May for interim use and systems testing, and is now active for use.  Required approval by Infrastructure Work Group and other entities.

·         Improved Paging Output in :  Added F1 Base Station or Repeater in northern to support paging coverage in northernmost part of County.  NOW ACTIVE.

PROJECT 12:  This project expanded the receive footprint and added additional reception range for portable reception by the 911 Center for F12. 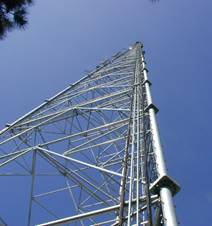 •      Repeaters Receive on One Freq (Input) and Transmit on Another Freq (Output); thus Mobile and Portable Traffic is Rebroadcast by the Repeater (High Power & Antenna Height); Duplex 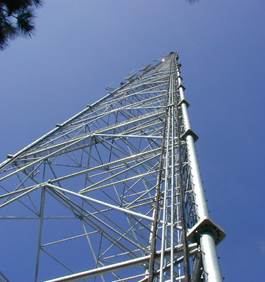 •      Channel May Alternatively Be Used for Private FD Frequencies

If you wish to monitor the repeater output frequencies, the frequencies are as follows:

Recommended and Supported Mobiles and Portables

–     Be Sure Batteries Are In Good Condition

•      All New Radios Need to Be Narrowband Capable

Other Projects In Progress

•      Acquired 800 MHz control station to support interoperability with Worcester and Somerset Counties, and to allow link with Maryland’s MESIN network… to become operational as part of interoperability solutions

•      Currently studying the potential to establish and operate one or more dedicated EMS Response channel(s) to allow EMS units to communicate on a channel other than the channel used for paging and alerting.  Activated F11 for this purpose in Accomack County on February 1, 2009, but later reverted.